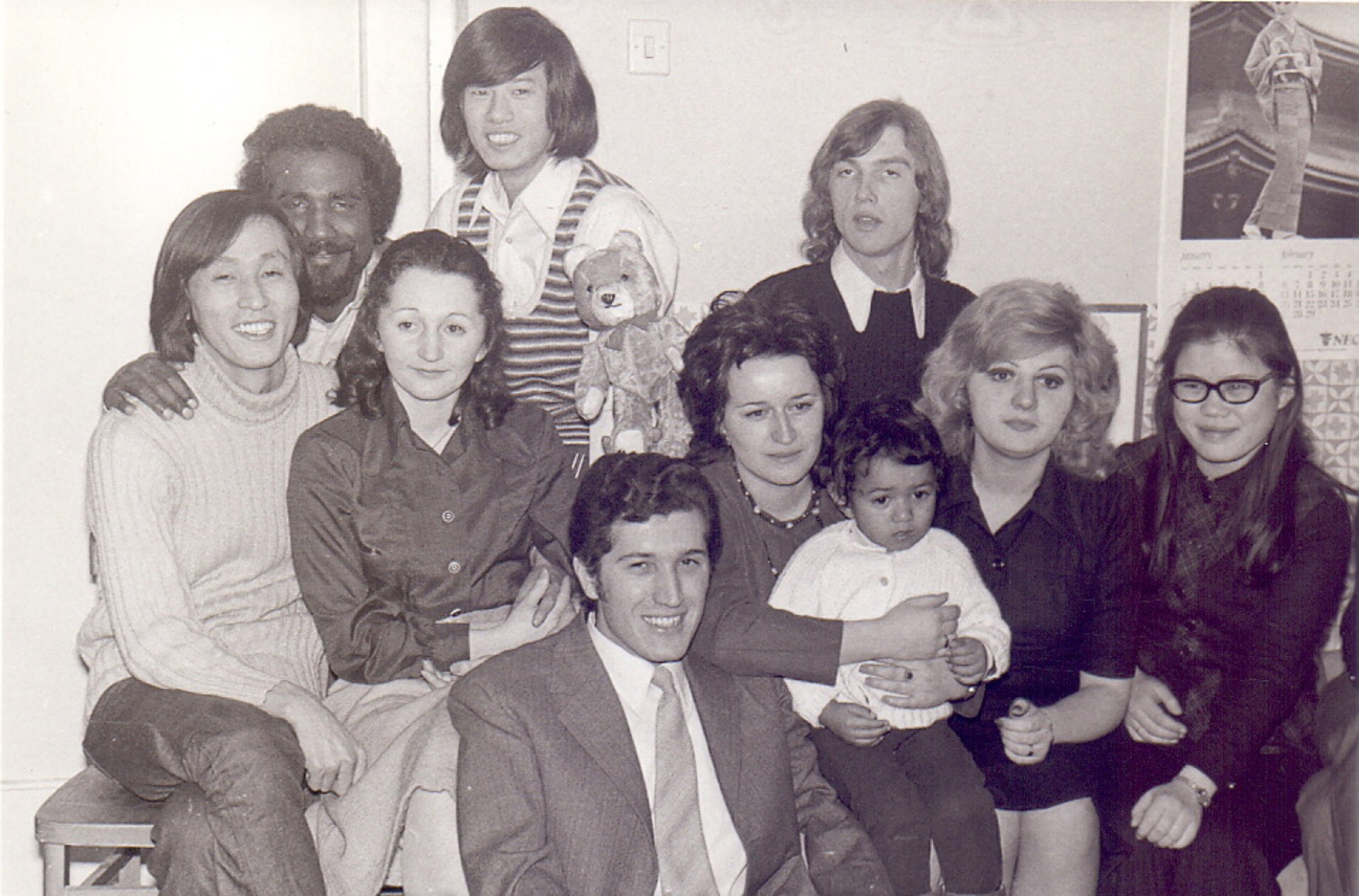 Owner of the photo: Dragana i Hijorasu Honda, 1972.

The process itself of collecting photographs and conducting interviews was not that difficult and went better than expected, given the massive response of (mainly former) residents and their eagerness to take part in the project in any possible way and document their memories. The more complicated part of the process was, actually, the selection of a huge amount of photographic material we received, but also the selection of suitable interviewees (given the fact that there were a large number of candidates willing to participate, but not with equally clear and articulated memories).

Examining more than 600 collected photographs taken by former and current residents during the last seven decades of the Students’ City’s existence enabled me to understand the development path and changes that accompanied the formation of the student campus that it is today.  Although the social, economic, political and other circumstances since its foundation until the present day have changed - thereby changing the concept and the standard of living in the campus - certain aspirations and wishes, which can be read in the photographs, remain common for all generations of students who spent a part of their life in the Students’ City. When classifying the photographs into categories according to a central motif, it can be concluded that one thing has always been important and common for all - documenting beautiful and carefree moments of fraternising and love. The photographs of room parties, New Year’s and other festivities, dance parties and celebrations dominate and can be clearly distinguished from others.  Next most represented are the photographs documenting friendly and romantic relations, which have lasted till present days.

The economic conditions during certain decades made expensive photo equipment difficult to afford, as it was the case in the post-war fifties or turbulent nineties. Seen chronologically, through photographs one can follow the course of urbanistic and architectural development of that part of New Belgrade, the changes in the dressing styles, interior design, social and gender relations, student standard of living, and, finally, changes concerning the photographic medium itself, determined by the technological development. The photographs from the fifties testify to the development of freshly started urbanisation of New Belgrade, a number of voluntary youth labour actions in which former Students’ City residents took part, the formation and the activities of a photo-club in the Students’ City, and the work of cultural-art ensembles. In the sixties and seventies, and particularly after 1968, there was a visible improvement of the student living standard and significant influence of the hippie and beat culture on the fashion and behaviour of the Yugoslav youth. The eighties brought us colour photographs, faster alterations of dressing styles and music genres, while few photographs from the late 1990s are signalling changes of political, social and national paradigms.

Owner and author of the photo: Vukašin Šljukić, 1987.

Despite a small number of photographs from the nineties and the social-economic-political conditions of that time, by simply looking at them we are not able to draw conclusions about the prevailing difficult state of the country, or individual and collective struggles for better future, since they document moments of social gatherings, laughs, time of relaxing with alcohol and music. Since the 2000s until the present day, there has been an intensive effort to improve living conditions of students in campuses and these changes are visible in the photographs of the Students’ City residents. As a result of technological progress and hyperproduction of images, there is a visible change of relation towards the photography and recording memories, but also a change in terms of relation between the quantity and quality which are becoming increasingly disproportional as we are approaching the present moment.

Before starting the interviews, the assistance in reconstruction of the collective identity of a student campus, the Students’ City in particular, was given by people who, lacking the photographic material, only wanted to share their memories with us or the joy they felt at finding out about the launching of a project of this type. Some of them sent their poems, stories, anecdotes and fragments of novels inspired by the life in the Students’ City, which we did not use on this occasion. However, they provided a good basis for understanding the history of the Students’ City, and, hence, a good preparation for the interviews that followed. While we tried to make sure to include interviews that provide accounts from every decade, without excluding students from other countries – who have been there since the foundation of the campus until  today - individual stories followed each other and, together with photographs, enabled gaining a clear overview of all aspects and changes of the life in the Students’ City.  As memories are sometimes deceptive, so are the interviews more or less rich in details, but certain terms can be singled out in testimonies of all former, but also the current residents – solidarity, fraternising, giving help, accord, living standard. Despite the recurring issues that could be recognised, such as poverty, occasional poor roommate relationships or poky living space, for the most interviewees the experience of living in the campus represents a positive experience, which they remember with nostalgia.  For the purpose of obtaining an objective and integral picture, we also conducted interviews that relate negative experiences; however, they are significantly fewer in number. 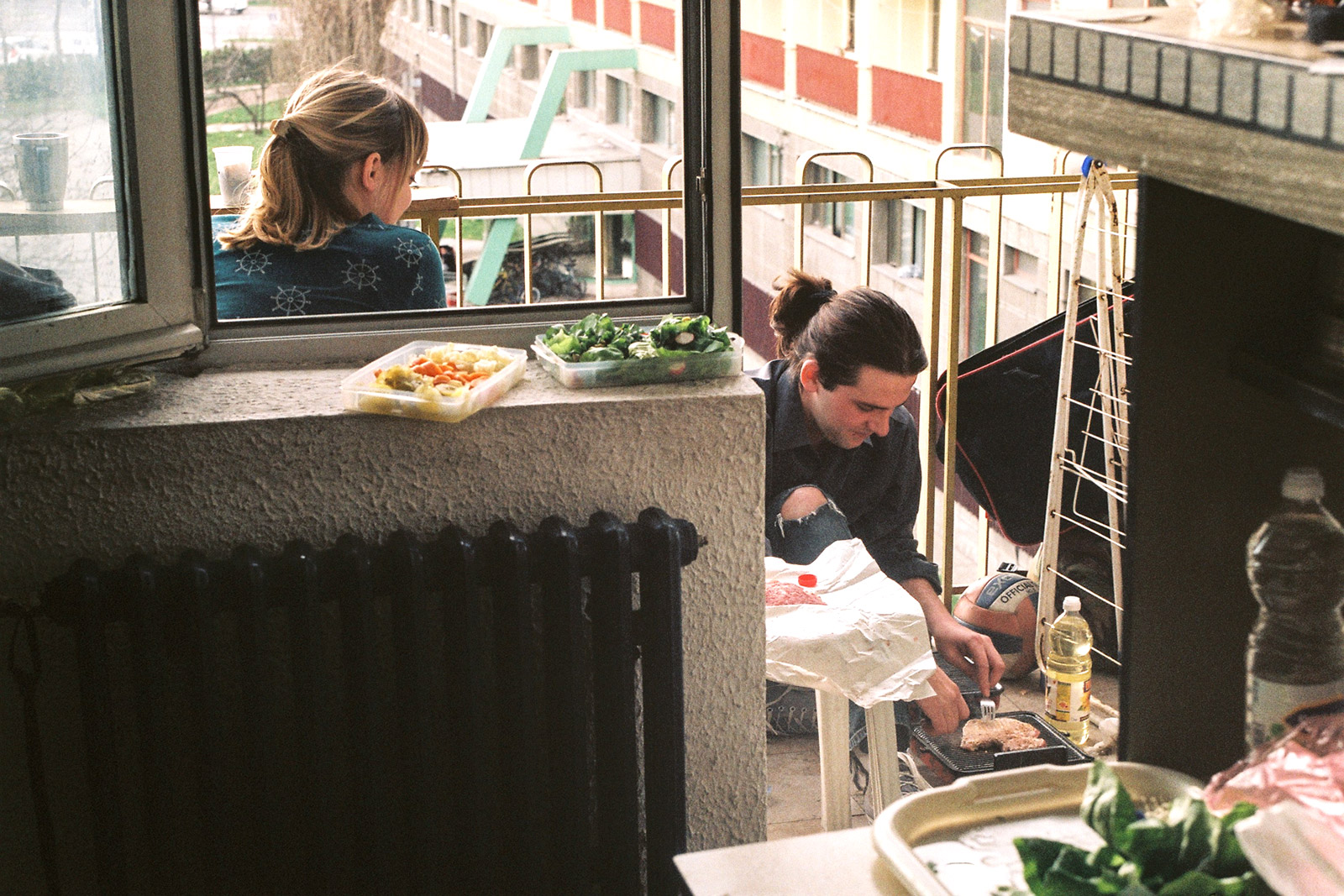 Owner and author of the photo: Daniel Mateić, 2000s’

As I myself was also once a resident of the Students’ City, the largest student campus in the region, I have always thought about how the walls within which I lived wisely keep nearly seventy years of exciting stories. Thinking about that, together with my own experience of living there, I frequently imagined the Students’ City as a huge ‘Miyazakian’ organism, stationary in its area, but exceptionally dynamic in its bloodstream, made of students-residents, guests and casual visitors. I have always been excited by the endless sea of stories that I will not have a chance to hear, but that I could dream up. Taking part in this project and in the experience of archiving other people’s (but also my own) memories gave me an opportunity to reconstruct by means of individual memories the collective spirit of the place.

Hayao Miyazaki, one of the most relevant creators of anima films