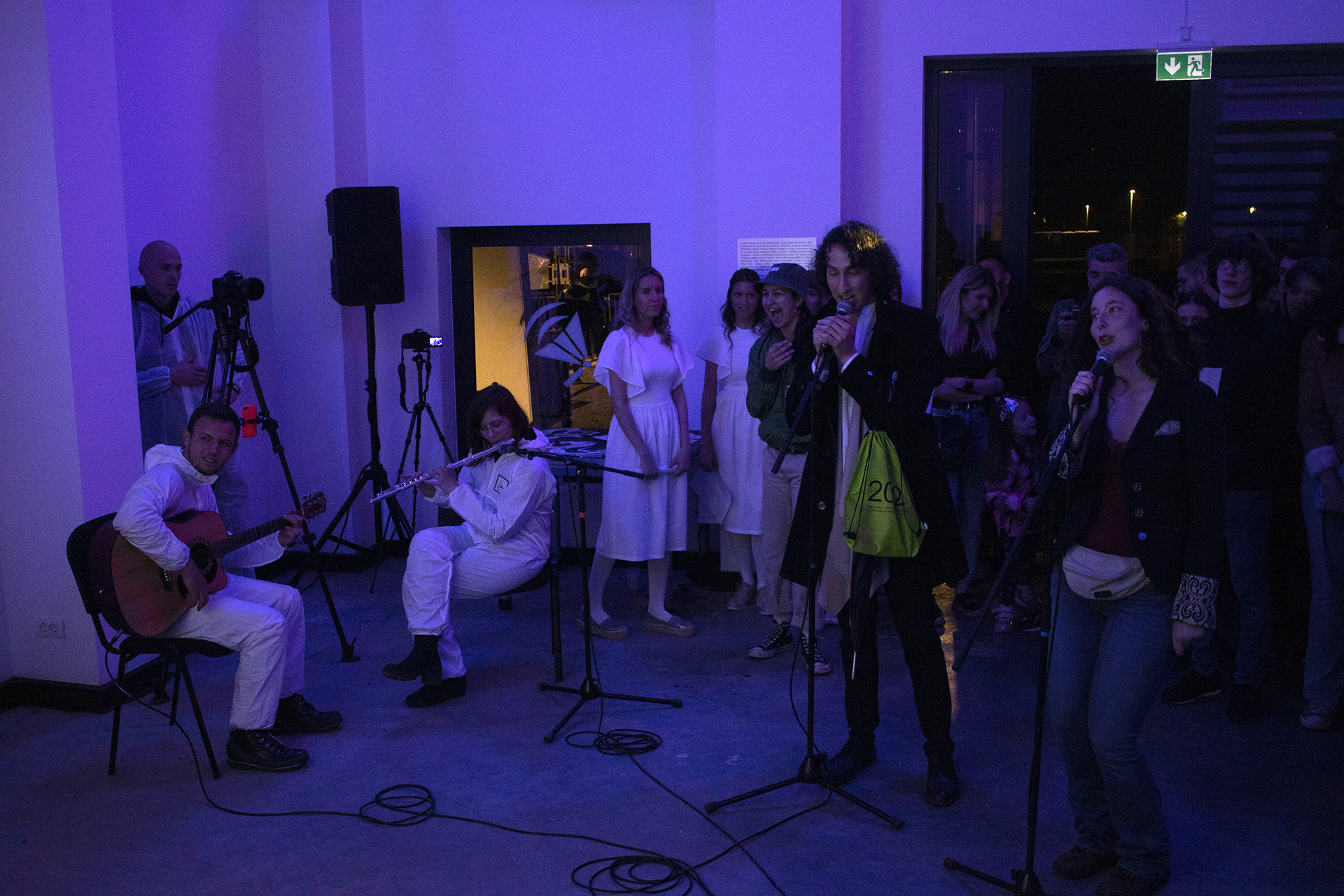 The realization of the participatory project ALL IN ACTION! led by artist Bojana Kneževića and curator Vladimir Bjeličić together with a group of students happened in the framework of the “Flags of Future” Programme by the European Capital of Culture Novi Sad 2022. 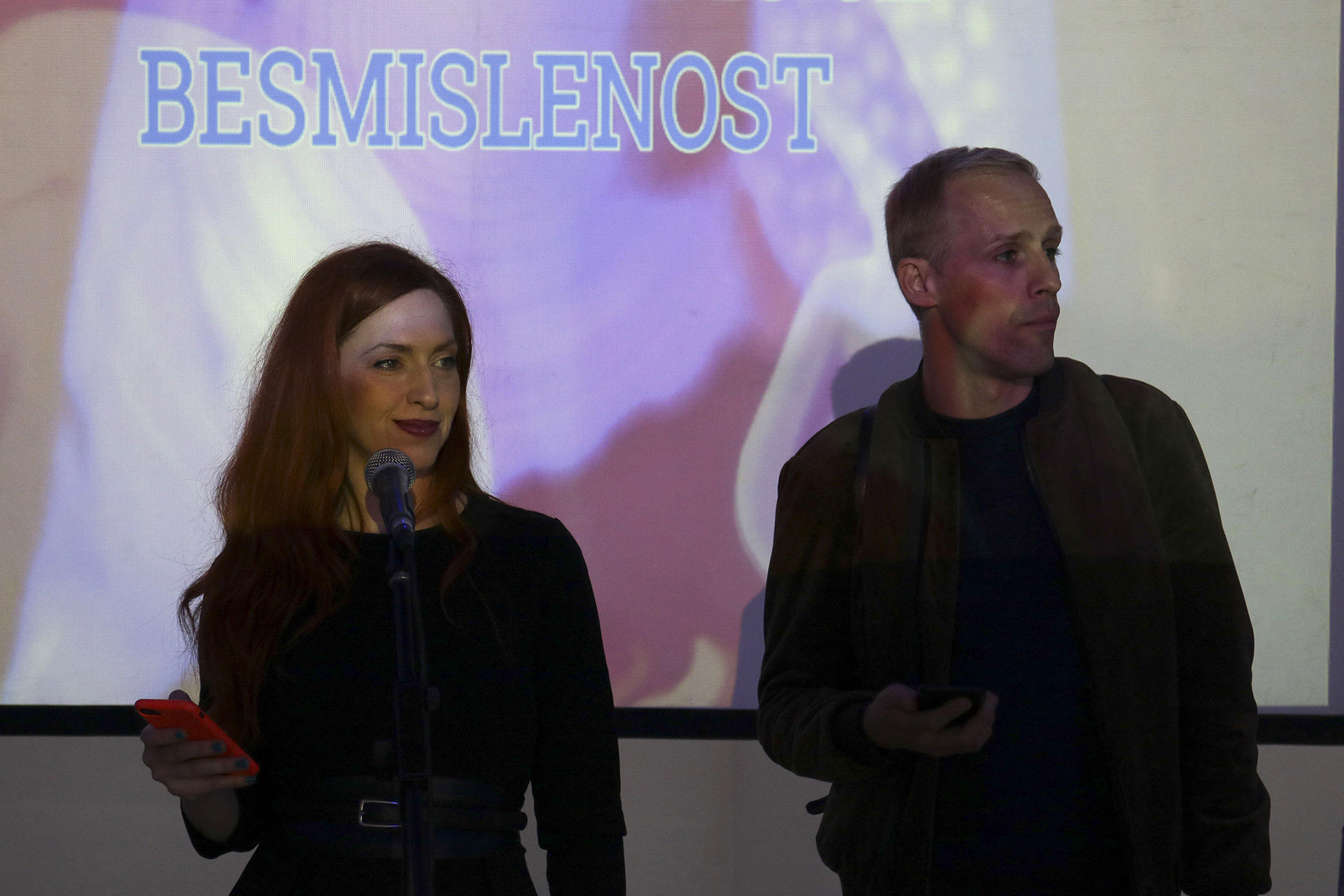 Guided by the idea of gathering young people, hearing their voices, and encouraging them to articulate themselves socio-politically, artist Bojana S. Knežević and curator Vladimir Bjeličić gathered a group of students and, through a series of conversations, came up with the idea of a unique spatial and sound installations with the symbolic name SVI (Student Vocal Expression) U AKCIJI!. During the process, along with their navigation, Sara Mladenović, Tamara Knezević, Jovana Dugonjić, Filip Mijić, Jovana Tašin, Marina, Marica, and Katarina Simović, equally participated in conversations, writing lyrics and composing songs, but also installing the work. 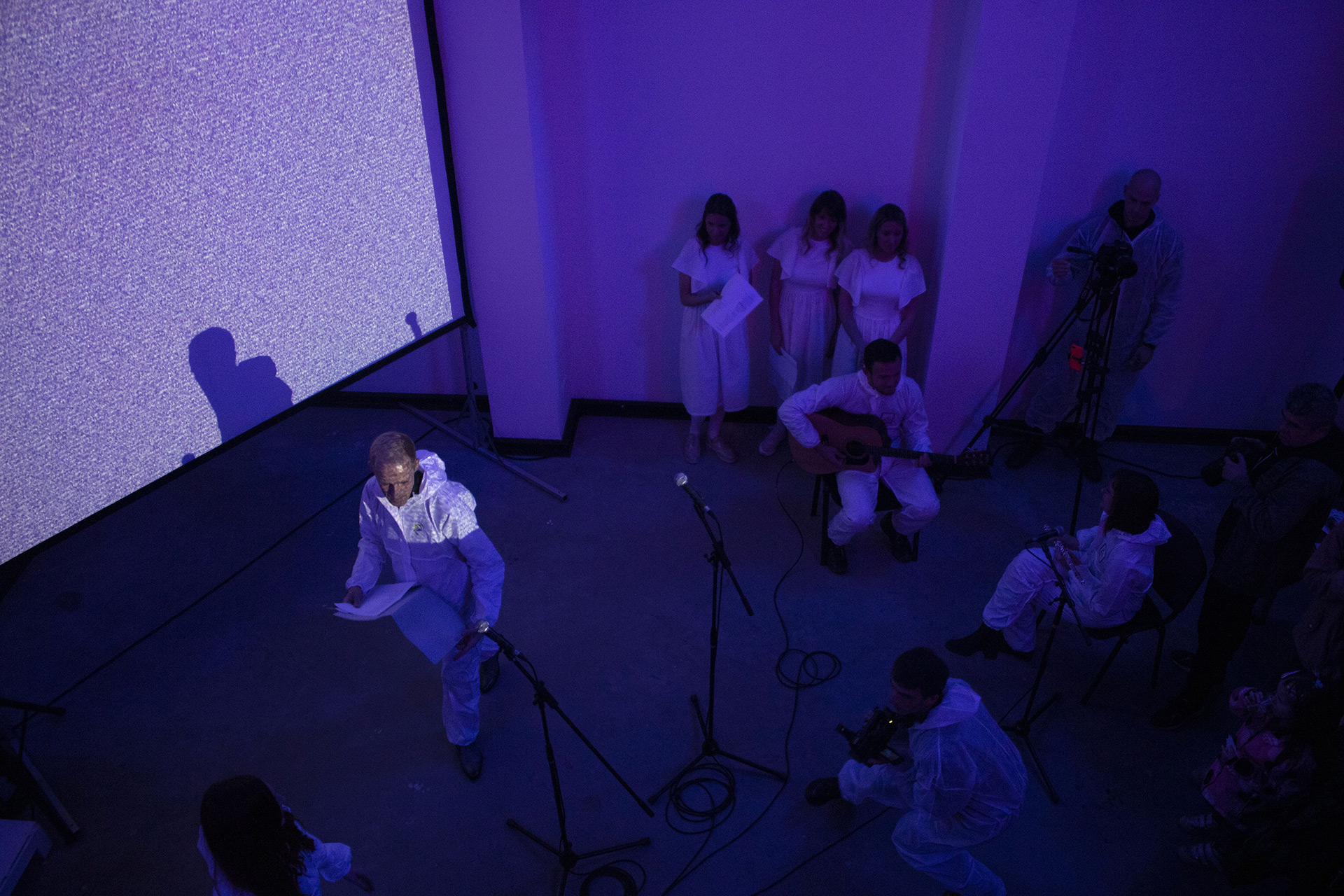 By using an open microphone or karaoke, collages based on archival photographs of student lives from the past, but also digitally generating a constantly emerging songbook, the team has created a symbolic space of togetherness that reflects the positions of current students at the University of Novi Sad and allows the audiences to understand better the needs, attitudes, and beliefs of young people in the local context. 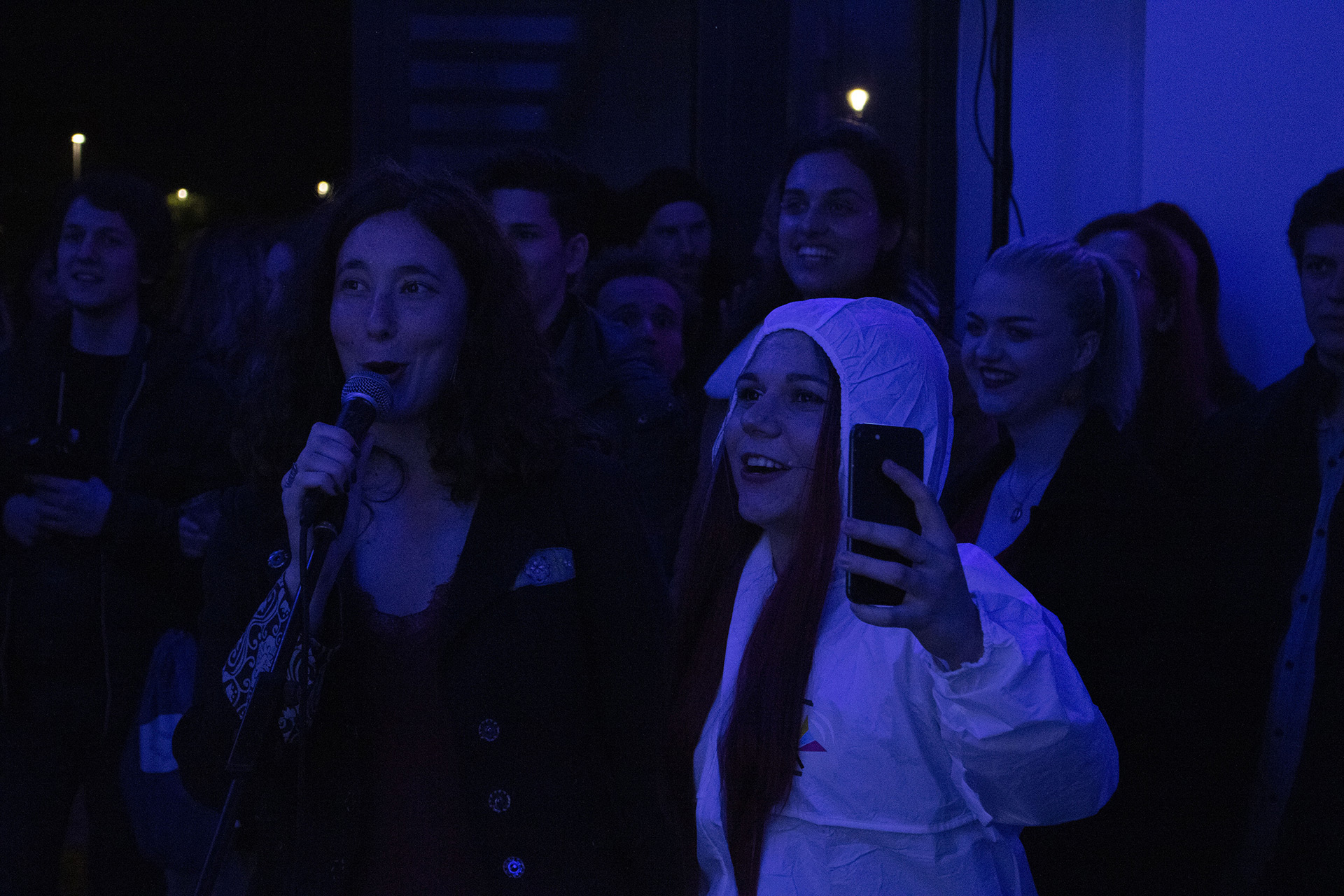 The karaoke was an excellent invitation to the audience to take part in the performance, which actually happened at the exhibition opening and throughout its duration, where the visitors joined in individually or in pairs and sang socially-engaged lyrics of the songs, which were easy to identify with. The process-based nature of the work, the existing information resources, and the in-situ events was reflected in the concrete contextual insight on conditions related to the preparations and performance of the work, which became an integral part of both the performance and the collective drawing made during the opening and duration of the exhibition. 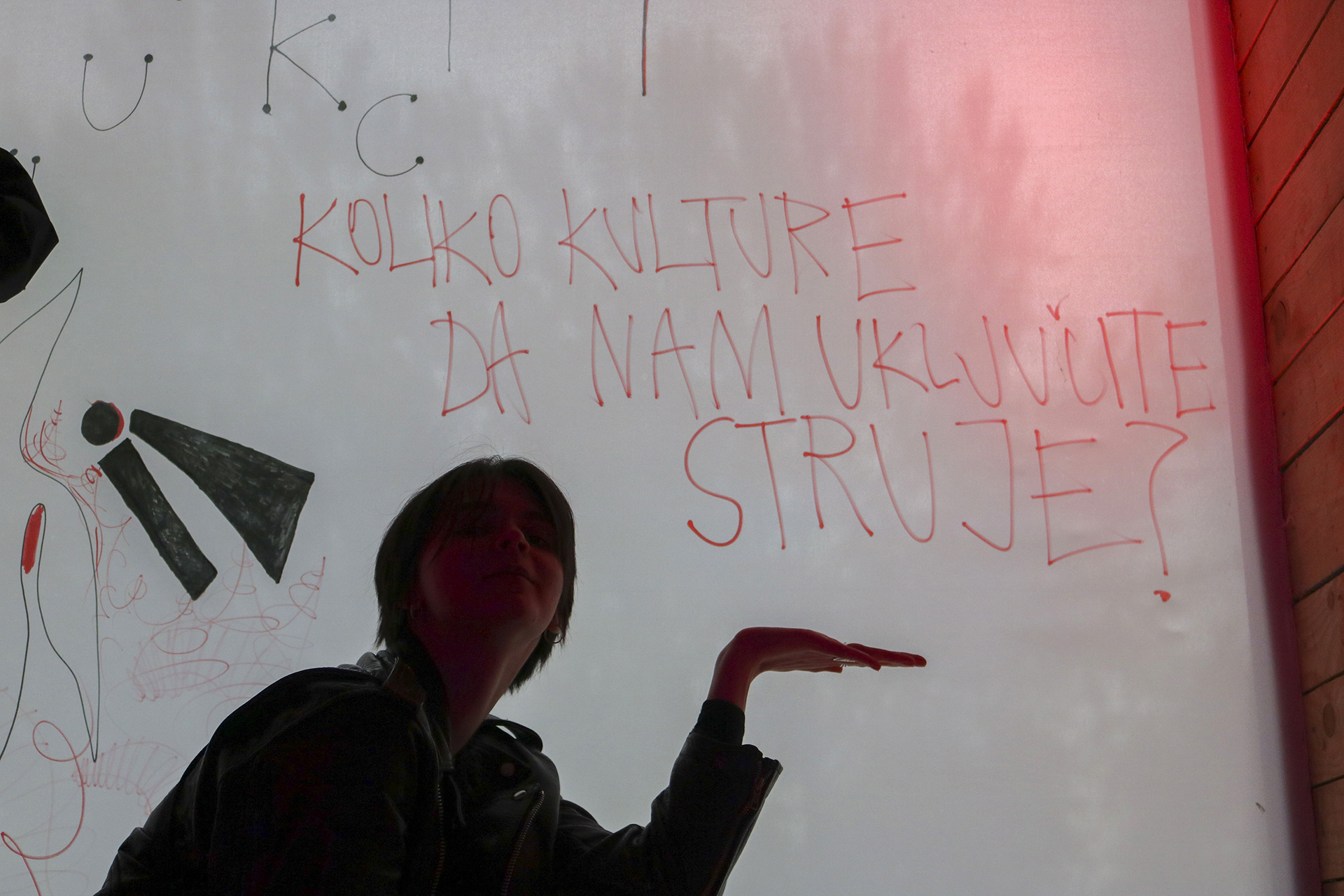 The performance ALL IN ACTION!  took place on 28 of April within the participative exhibition of the same name  at “Skladište” (The Warehouse), the venue in Novi Sad’s Creative District that was held until May 15. 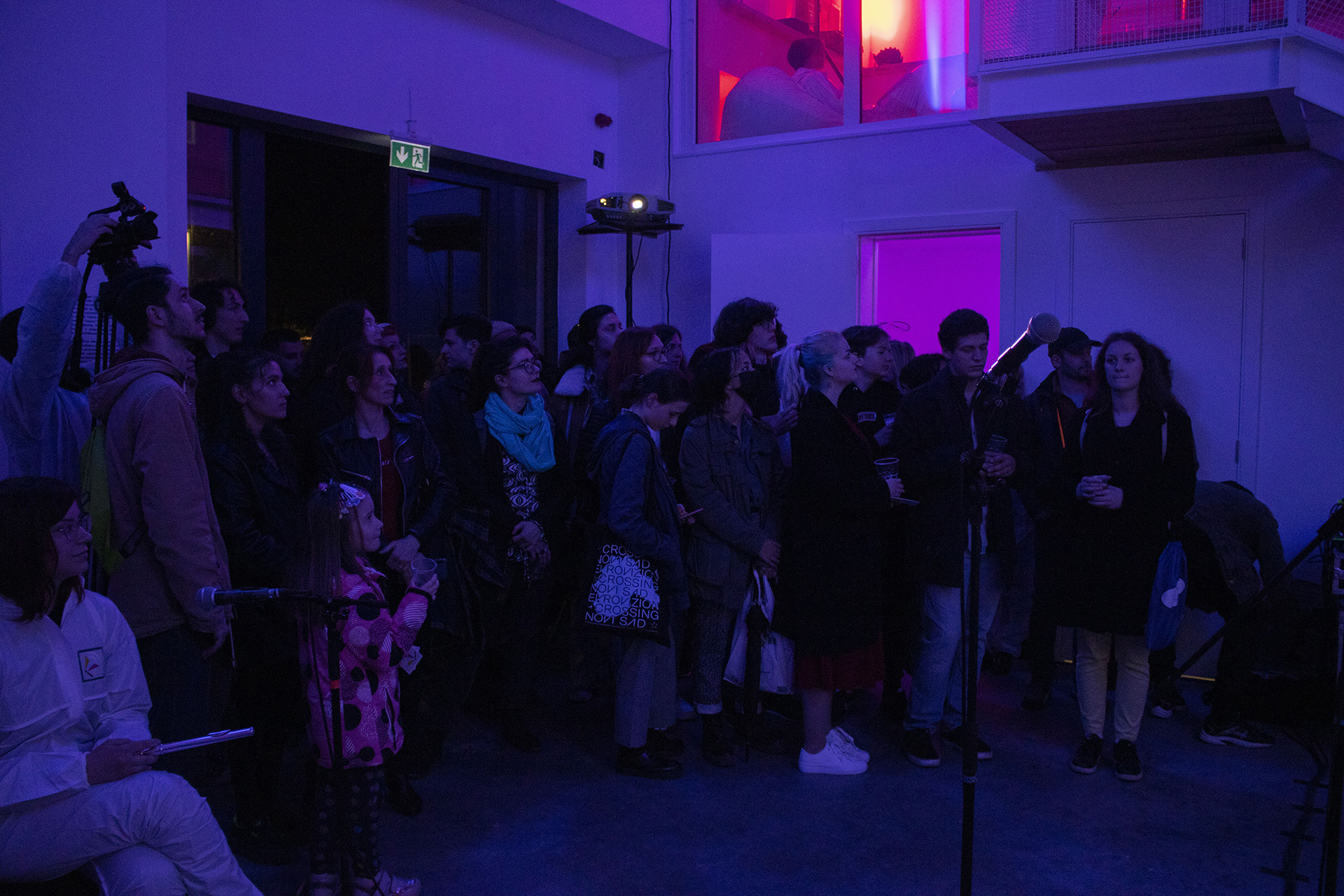