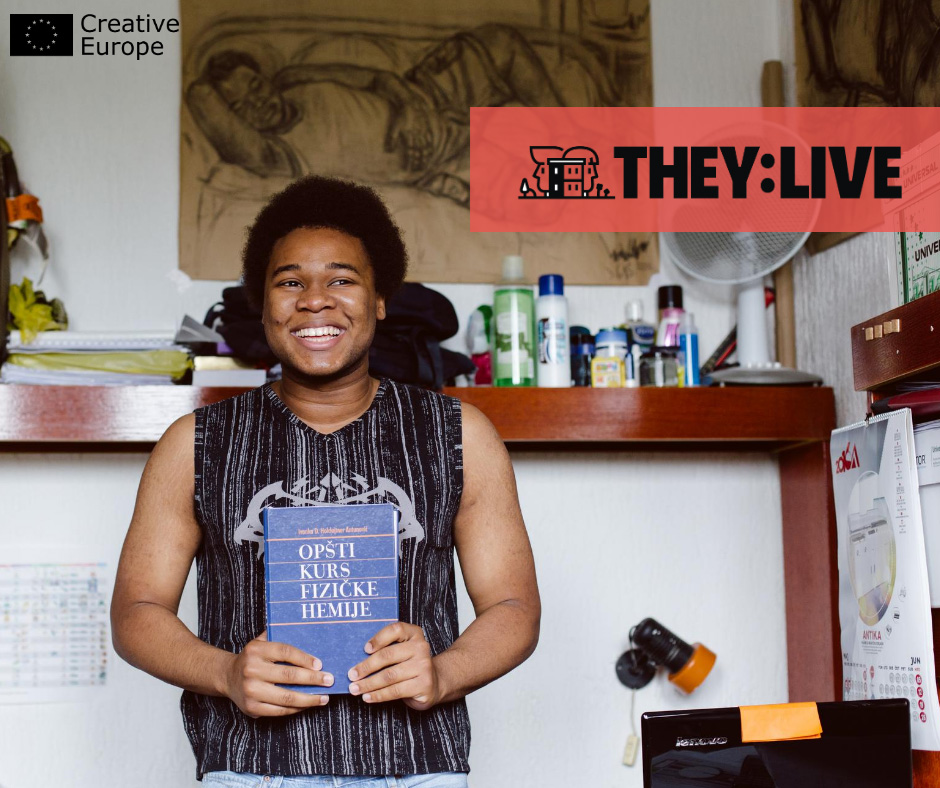 The idea for They: Live project emerged from the experiences gained by the Students’ City Cultural Centre from the realisation of two participatory projects: The Portrait of the Student City (2016) and The Roommate (2014), the Artist in residence programme based on contextual art practices produced at the Student’s City campus.

An exceptional response from the current and former residents, who contributed to building up our photographic archive on student life in this campus from the 1950’s to present, as well as the possibilities the campus artist in residence programme opened for better understanding of student life and encouraging student participation in creation of cultural contents, confirmed that we were on a right way. We have managed to encourage students to take part in creation of cultural heritage and helped them see the contemporary art as a possibility to express their views on topics from a broad social context through contacts with artists.

Curiosity and wish to gain and exchange more experiences, as well as to connect students from different cities and countries, slowly but steadily led us towards the idea of international comparative research on student lives through history, which would encompass a broader European vicinity. This is how They: Live project was created, developed in co-operation with partners and associated partners throughout 2019, while we were preparing the application for the open call of the European Union’s Creative Europe programme.

In the project’s title, we played with the words in the project title by making a  reference to John Carpenter’s film They Live, and by adding the ellipsis, we opened the possibility for the title to be read the as They: Live (in a sense of being present physically).  Hence, They: Live speaks about how, by starting up recordings of oral history interviews with current and former campus residents in different cities, we will be able to obtain more new, still unrevealed stories of how it was to study and what it meant to be a student then and now as seen from the perspective of residents themselves. Being a student represents a specific period experienced by series of generations, an interesting interim, an incubator of new ideas and experiences, as well as of horizons and transformation of which we are not yet aware.