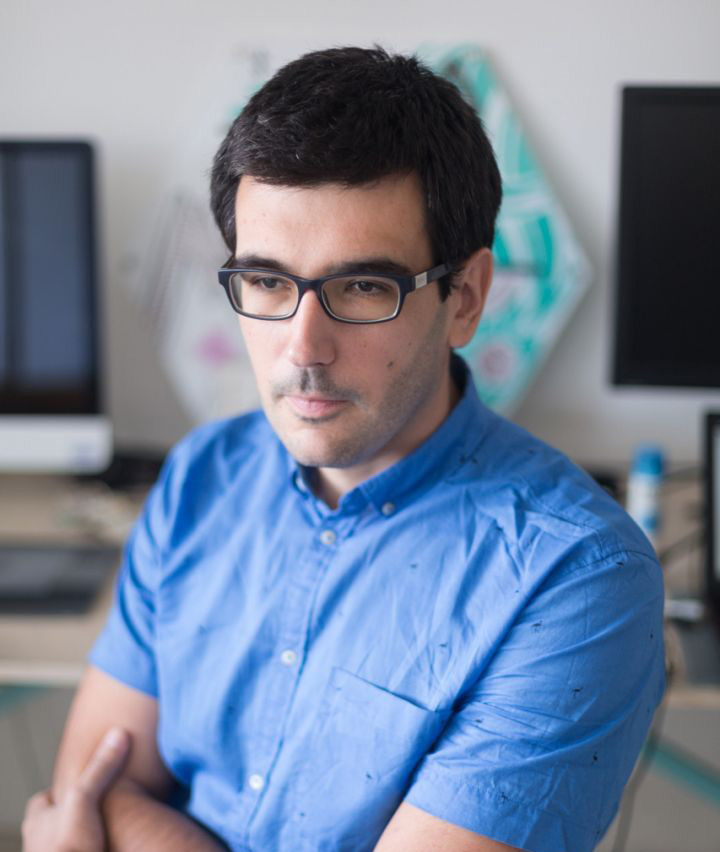 Željko Lončar, graphic designer: The visual identity can contribute a lot to visibility of projects such as 'They: Live'

Željko Lončar (1981, Zagreb), a designer and graphic artist, actively works and participates in the Serbian art scene. After graduating from the Faculty of Applied Arts in Belgrade, together with his friends, he founded ‘Turbosutra’, a design and conceptual group, with which he has been exhibiting in Serbia and the neighbouring countries. With his friends, he has participated in the organization of large art and design projects, such as the Laser Summit of Cheap Graphics, which brings together a great number of young designers. He is also a member (founder) of the SilkScreen group, Flomasters and the Cabinet SR:CH collective, with which he has been exhibiting and promoting the graphic design medium, as well as the practice of cultural exchange of artists and students from Europe through numerous exhibitions and projects. He currently lives in Belgrade, where he works as a graphic design professor at the Belgrade Academy. In addition to lecturing, he also runs the graphic design studio DAYDREAM.

What was your inspiration for the design ofthe 'They: Live' project’s visual identity?

When I first heard of the idea of the project, I immediately took to it and I thought how original and great it was to explore habits, activities and everyday life of students and create a cross-sectional view through different time periods. As a graphic designer, when creating a symbol, you have to be concise and clear and, in that sense, I tried my best to create a simple, but content-rich illustration – a symbol of two people and a small building in which they live. The idea was to try to create a small micro-illustration that would raise interest for exploration of personal micro-worlds of residents of student campuses.

In what way a design of visual identity can increase visibility of the project and encourage audience to participate in project activities?

The visual identity can contribute a lot to visibility, especially of such projects that are developed in the period of two years. Besides obvious benefits of a sound visual identity, which refer to being clearly recognisable and immediately memorable, a good design helps making the whole project coherent and clearly recognisable as a whole. In today’s world of information abundance in all media, it is necessary to have a clear communication strategy – the key part of which is the design, which is consistently and constantly implemented to achieve the best results in terms of visibility and perception.

Did the experience of your student life shape you as an artist and designer? If you had a chance, what artwork inspired by your own life as a student would you like to create?

That is an interesting question; I grew up in an immediate vicinity of the ‘Students’ City’ in New Belgrade and the best part of my student-days artwork was inspired by the modernist-socialist architecture of my immediate environment and, generally, by the aesthetics of the modernist period after the World War Two.  I find the phenomenon of social utopia, a new space for a new society, as well as the entire aesthetics that promotes those ideas, still interesting as a phenomenon in time. So, if I could go back to that period – which would be great, I would certainly be involved in developing such ideas through the graphic art, illustrations and design.