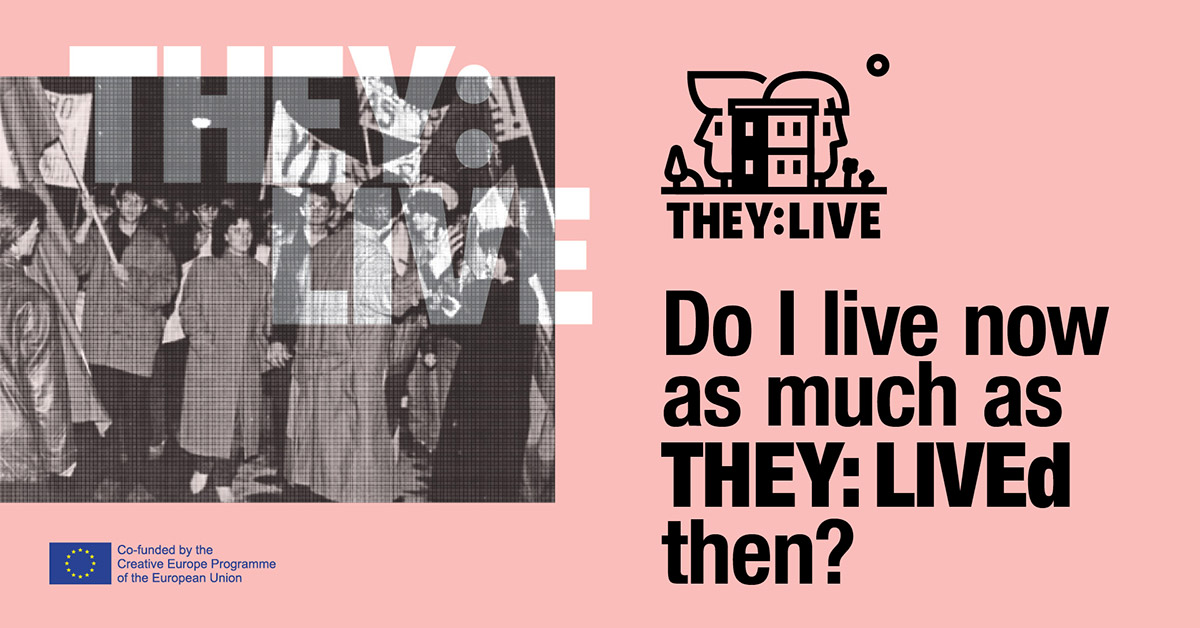 The exhibition is the result of the collaborative curatorial work of an international team of ten students from Serbia, Croatia, Spain and Montenegro and represents a selection of archival photos from the private albums of former and current residents of student campuses in the period from the end of World War Two to date in Belgrade, Zagreb, Rijeka, Podgorica and Madrid – from the perspective of present-day students. The exhibition was opened simultaneously in all five cities on 28 October 2022.

Through online workshops preceding the exhibition an international team of ten students (two students from each university, from the four partner countries of the THEY: LIVE project) was involved in the methodology process of curating the photo exhibition, which was designed and led by Dubravka Radusinović. This process made it possible for contemporary students to make contact with the lives of students of previous generations, to establish a deep and meaningful communication with them and to learn not only something about these people’s lives, but also something about themselves and their own student life. From the large number of photographs collected in the Topotheque, which deal with different aspects of student life in student residences, via guided conversations in which participants were encouraged to express their opinions, co-create and learn about the psychological functions of art and significant elements of curation, a total of 75 photographs were selected.

Photographs of student life in the campuses featured in the THEY: LIVE project have been digitised, archived and made available to the public on the international digital collaborative platform Topotheque https://www.topothek.at/en/